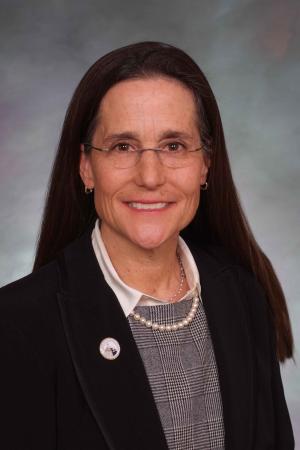 While abroad, overseas citizen voters often face significant challenges as they attempt to cast their ballot, including gaining access to timely and accurate election information. Exacerbating this challenge is the difficulty election officials face when seeking to engage with these individuals. Prior to representing Colorado’s 53rd District, Rep. Jeni James Arndt learned first-hand the difficulties of voting abroad. Arndt first registered as a UOCAVA (Uniformed and Overseas Citizens Absentee Voting Act) voter in 1990 while serving as a Peace Corps Volunteer in Morocco and later as a postdoctoral student in Denmark. From 2006 – 2008, she worked as an education specialist for the American International School of Mozambique.

Although Arndt was able to successfully cast her ballot abroad, her experiences as an overseas citizen are reflective of the unique challenges long faced by UOCAVA voters. At the forefront of these challenges is voters’ access to timely and accurate election-related information. While abroad, voters have many sources to turn to for this information. However, knowing what these sources are and where to direct questions can present a significant barrier.

As an overseas voter, Arndt was not impervious to this obstacle. While residing in Maputo, Mozambique, the Representative was largely reliant on local election officials and U.S. Embassy staff to receive timely election-related information. Unfortunately, she was never the audience for such outreach. Arndt recalled experiencing more difficulty when attempting to cast her ballot and less confidence in its successful transmission compared to previous voting experiences.

In contrast, the Representative’s voting experience while serving in the Peace Corps was quite different. Throughout her two years of service in Morocco, Arndt frequently received timely election information from her local Peace Corps office. Through this office, she also was able to return her ballot to local election officials. According to Arndt, this outreach, coupled with the simplicity of returning her ballot, greatly facilitated her ability to vote.

Voter Outreach During the 2020 General Election

Although voter outreach efforts conducted by both local election officials and embassies have improved significantly in recent years, Arndt’s experiences still reflect that of many overseas citizens today. While some report having frequent contact with local election officials and embassy staff, others recall having little, if any. The voting experiences of three overseas citizens this fall – Liz Renzagila, Lendee Sanchez and Hannah Touchton – best demonstrate this variation.

According to Liz Renzagila, an American citizen living in Belgium, the U.S. Department of State’s Smart Traveler Enrollment Program acted as the primary means through which she received election-related information this fall. Outreach from her local election officials was limited to receiving confirmation of her voter registration and notification that her completed ballot had been received.

In contrast, the primary source of election-related information for Lendee Sanchez, a U.S. citizen living in Germany, was through Democrats Abroad. Sanchez’s contact with her local election officials and the nearest U.S. Embassy was minimal. She recalled receiving instructions from these officials regarding how to return her completed ballot. However, their communication did not extend beyond this interaction.

After submitting both her absentee ballot application and Federal Post Card Application (FPCA), Hannah Touchton frequently received election information from the U.S. Embassy in Malaysia. According to Touchton, this outreach started in September and included Federal Voting Assistance Program (FVAP) resources pertaining to absentee ballot request, transmittal and return. The Embassy also notified her of FVAP’s virtual voting assistance via Zoom. During these virtual meetings, voting ambassadors were available to answer her questions regarding the absentee voting process and inquiries about FPCA and Federal Write-In Absentee Ballot (FWAB) forms. While abroad, Touchton’s attempts to contact her local election officials were largely unsuccessful.

Given that U.S. elections are administered at the state and local level, variation in election officials’ outreach and communication with overseas voters is an inevitable facet of elections. Voter registration deadlines, methods of ballot return and timelines for the return of these ballots vary significantly by state. As such, there is no one-size-fits-all approach to communicating with voters. There are, however, practical steps that local election officials can take to enhance communication with their UOCAVA voters.

The Overseas Voting Initiative would like to thank the voters whose stories served as the foundation for this blog. These individuals include Rep. Jeni James Arndt, Morgan Floyd, Liz Renzagila, Maggie Dickman, Hannah Touchton, Alyssa Ayse Jahnigen and Lendee Sanchez.